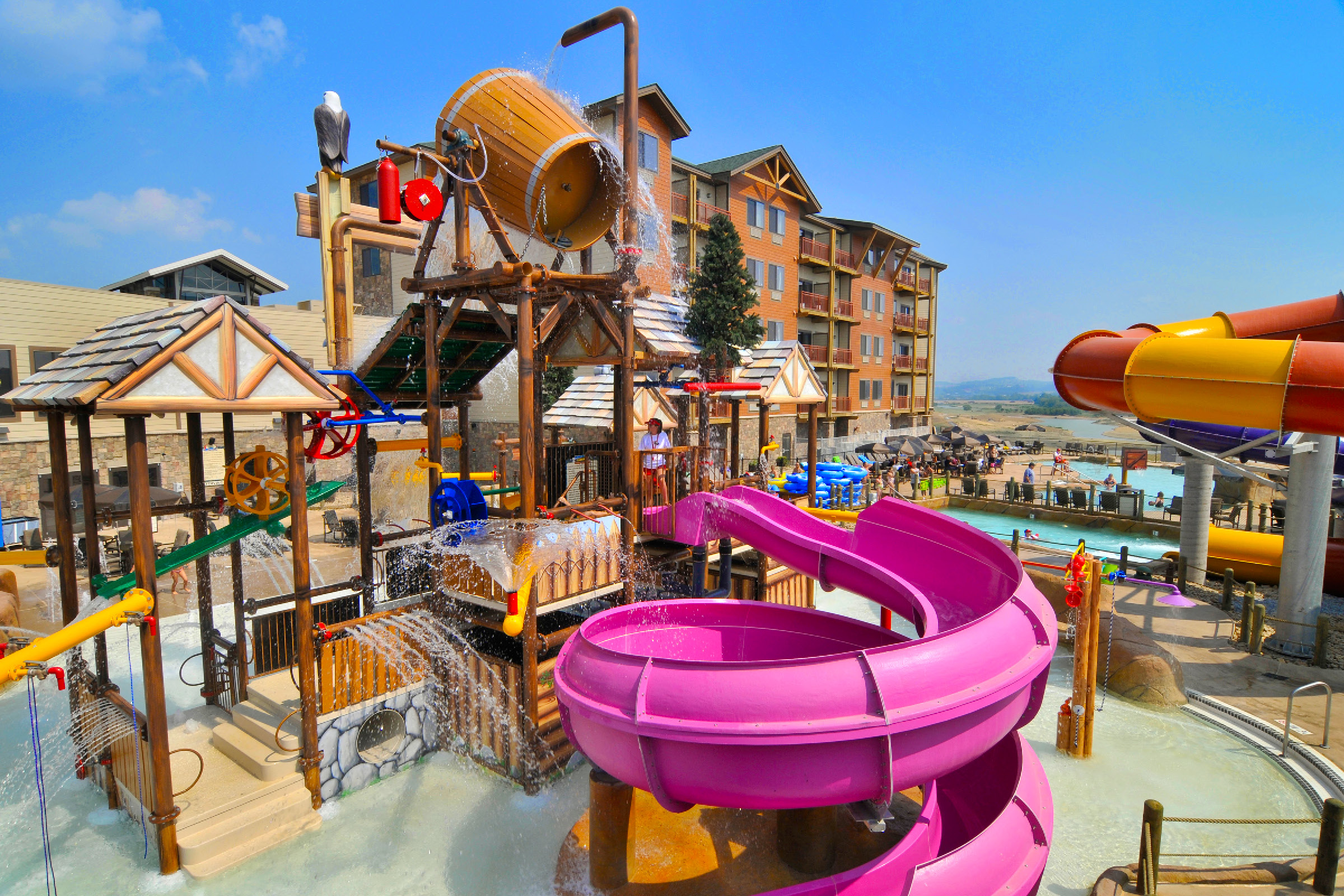 hen it comes to public recreation, municipalities are only just beginning to arrive on the waterpark scene. As they take on the project of transforming simple city pools into aquatic recreation facilities — often with the same management and staff — it helps to have a partner who's been down that road before. A new facility can bring in a lot of extra revenue, but do design and planning processes used to develop large waterpark resorts really apply when you scale from hundreds-of-thousands of square feet down to just thousands?

As it turns out, there is still quite a bit of crossover. Even in the planning stage for the smallest of municipal projects, much can be learned from problems that have already been solved in the private sector.

In the private sector, new developments in recreation and entertainment are largely driven by competition — especially in a high-volume tourism destination like Wisconsin Dells. "That's how the Dells has always been," said ADCI Vice President of Operations Russ Eilers. "When something new happens, people migrate to it, so our clients are always asking, 'What did they do that we can do better?' or 'What can we do that nobody else is going to be able to do?' They try to set a high bar of entry to that market." While that competition can be fierce, it also benefits the entire area of businesses as visitors flock to the Dells for its convenience and variety of entertainment. It bolsters the shared consumer base as well as spurring growth and development.

Municipalities, on the other hand, rarely have the resources to drive those trends. Instead, they are looking at their funding as a driving factor and trying to get as much recreation as possible out of a fixed budget. "It's a little bit reverse-engineered," said Dave Cameron, chief operating officer at ADCI. "We're trying to bring as much cutting-edge technology as possible for a budget balance — that means we're taking things that we've learned from the revenue-driven facilities and applying them to municipal projects as a budget-conscious effort, because municipal pools are not typically a revenue-driver."

Whereas municipal facilities have a history of breaking even, commercial entertainment venues such as waterparks have long been highly profitable. This doesn't just happen — it comes from careful planning and decades of experience. Each of the large waterpark resorts that holds a presence in Wisconsin Dells has its own way of going about things from a business-and-operations standpoint. "If it doesn't function from an operational side—if they can't keep back-of-house separate from front-of-house, or if they don't have a way to service their food venues or to access their maintenance areas and so forth—then the building doesn't work and we would consider it a failure," Eilers said. "We try to take that operational understanding and roll it over into the municipal as well, because a lot of times when we're working for a municipality, they don't necessarily come to the table as an operator."

"It's rare when we work with a municipality that anyone on the owner's side has a prior knowledge of managing, operating or outfitting an aquatics facility — it's very different from a municipal pool," added Cameron. That means municipal clients often ask the same questions that we're in the habit of asking our private development clients: How many employees will it take to staff the facility? How should it be laid out for efficiency of operations? Can these bodies of water be combined into single-pump or multi-pump systems? Because we have that experience with the private-sector owner who comes in saying, "This is how we operate, and this is what we need," we're able to talk our municipal clients through some of those questions so they can make more informed decisions.

Of course, municipal projects go through a much more rigorous process for gaining approval and support when they are using public funds. "You always have a certain number of people who won't use an amenity and don't see the value of it in their community, so they struggle with the rising taxes," Cameron said. "Then others see it as a huge value because they do use those facilities, but they typically have to pay a private facility to visit just a few times a year, as opposed to having it available for a set fee or membership. A more exciting facility can also bring an increase in revenue by attracting residents from neighboring towns. So there are extremes — people strongly for and strongly against."

Through varied experience on many different types of municipal building projects over the years, ADCI has become skilled as a facilitator for consensus building in that process, and it helps that when the public comes to those discussions, they are met by an industry expert. Cameron said, "The municipalities expect a high level of service from us because they know that's our expertise. If they were to hire another firm it might be a joint learning effort, but they expect us to bring that knowledge to the table."

And municipal projects aren't the only ones subject to popular opinion — any recreation destination that seeks to integrate into the fabric of the town, rather than settle on the outskirts, must face that hurdle. Take for example the OKANA Resort & Indoor Waterpark in progress now as a part of Oklahoma City's riverfront district revitalization effort. Even though the project is working with its own budget of more than $300 million, it's not without restrictions as it seeks to balance its vast presence with the existing First Americans Museum, the riverfront and the city itself, while taking care to maintain community connectivity to the scenic overlay and existing bike trails.

In the end, no matter the project's scale, the similarities outweigh the differences. "It's really about the guest experience, from the point of arrival all the way through the day," Eilers said. "What's provided to keep your audience captive and coming back for more."

This article was originally published in the September 2022 issue of Recreation Management magazine.

Designing for Cleanability: How Interiors Are Changing Post-COVID

ADCI Celebrates 35 Years in the Industry